Summer Reading: "Quiet As They Come"

I have just finished reading Angie Chau’s tidally moving book Quiet As They Come, which will be on bookshelves this September. I call it "tidally moving" because, like James Baldwin's novel Giovanni's Room, Chau's book is a meditation on people trying to adjust to an unfamiliar continent, balancing newfound freedoms with bouts of disorientation—and constantly reflecting on ocean expanses and water movements that can both facilitate and bar transit back home.

Chau’s book resonates with echoes of Sandra Cisneros’s classic work The House on Mango Street, and also shows stylistic resemblances to Maxine Hong Kingston’s multi-generational narrative China Men. However, Chau’s book is really the closest in form and content to Tim O’Brien’s The Things They Carried. In fact, Quiet As They Come should be appreciated in terms of its critical addition to O’Brien’s Vietnam War stories: Chau contributes another set of vital stories that emerged from that conflict. Through the shifting perspectives of Vietnamese family members who fled to San Francisco in the mid-1970s, Chau narrates the obverse side of the war...the distant ripple effects and far reaching consequences of a war that punctuated the age of modern globalization.

In chapter-stories that strategically accumulate over the course of the book, Chau tracks repercussions subtle and profound, deeply personal as well as complexly cultural in scope. There is so much going on in this book, from the Vietnamese cuisine delectably sprinkled throughout in surprising ways, to the eccentric focus on minute images, such as a mother's "perfume samples that will never know the inside of a wrist, old keys that open forgotten doors" (164), or a high school gym class in which "everyone wore blue short shorts with a serial number on the right leg" (135). Chau does not deploy these images gratuitously; the reader finds that every image is placed tactfully (but quietly, as it were) in the broader composition of the narrative.

For my purposes here, I wish to give attention to one key aspect of Quiet As They Come. What struck me while reading the book and sorting out the characters in my mind was how most of the characters find themselves brushing up against American pop culture—to varying degrees of influence, numbness, and mania. For instance, Chau surrounds her characters with the ever-present, synaesthetic buzz of television, a media form that the characters experience as both enchanting and oppressive, as a sign of status and as a phenomenological sinkhole.

One character, Huong, sits on a couch "with her remote control, vigilantly watching the twenty-four hour news channel, waiting for the next cruel blow to hit" (72). This scene is especially stinging when one considers the Vietnamese American shrimp fishermen on the Louisiana Gulf Coast in the ongoing aftermath of the April 20, 2010 oil rig explosion—at once a heavily mediatized and an intensely immediate event, a "next cruel blow" that resonates poignantly with the tension points that Chau catalogs throughout Quiet As They Come.

Another character, Viet, was a philosophy professor in Vietnam—but is relegated to a monotonous job at the post office in San Francisco, where he stands over a bin, "sorting mail by zip code" (69). His life follows a downward spiral in which TV functions as a visually dominating vortex. This is Viet's daughter, Elle:

I came home and asked my parents, "Why don't we talk more?"

My father said, "We talk plenty." He switched back to the TV.

My Father said, "But we watch TV to improve our English. You said you wanted us to talk more." (102)

Chau thus outlines the viciously circular logic of an advanced consumer society, in which TV constrains possible forms of life by presenting illusions of total knowledge and infinite access.

Still another character, Duc, held captive and tortured in Vietnam, is finally reunited with his family in San Francisco only to find himself still prisoner to post-traumatic stress syndrome, a condition refracted back to him on the TV screen, and routed through his somatic engagement with the media form:

In the living room, Duc changed the channels incessantly. Images flickered by of human bodies loving or abusing each other. He stared ahead with the television set on mute. All the while his thumb beat on the buttons, click, click, clicking." (112)

This scene recalls a similar moment in Louise Erdrich's story "The Red Convertible," when the main character Lyman buys a color TV set and finds it to be the only thing that can tranquilize his Vietnam war veteran brother, Henry:

He sat in front of it, watching it, and that was the only time he was completely still. But it was the kind of stillness that you see in a rabbit when it freezes and before it will bolt. He was not easy. He sat in his chair gripping the armrests with all his might, as if the chair itself was moving at a high speed and if he let go at all he would rocket forward and maybe crash right through the set.

Once I was in the room watching TV with Henry and I heard his teeth click at something. I looked over, and he'd bitten through his lip. Blood was going down his chin.

Like Erdrich, Chau lingers on the "clicking" strain between the television and war scarred soldier: the TV soothes the sufferer of PTSD, but being transfixed does not equal being healed. Indeed, Duc does not easily assimilate back into his family, and this thread of the story becomes one of the intentionally elided chapters of Chau's book.

Chau's TV scenes illuminate what the French theorist Guy Debord refers to as the Society of the Spectacle. In such a society, Debord suggests, "The spectacle is not a collection of images, but a social relation among people, mediated by images." The detailed TV, pop music, and Hollywood allusions in Quiet As They Come forward a sociology—as well as a media ecology—of the characters. We see how the characters are not simply or blandly 'Americanized,' but rather how their interactions and self-expressions are actually produced (and reproduced) by the matrix of sounds and images that swirl out of the television sets blaring around them—Chau's characters adapt to inhabit the increasingly immersive TV environment of the 70s, 80s, and 90s U.S. culture. (This use of TV is in the lineage of Hal Ashby's 1979 film Being There, with its constant, ambient use of television clips that at once hollow out and completely form the main character Chance the Gardener, played by Peter Sellers.) In the last chapter of Quiet As They Come, on her first visit back to Vietnam, Elle observes inside a rustic outhouse: "There is Michael Crichton's Jurassic Park, a Vietnamese newspaper, a Japanese comic book, and an Italian porno mag to choose from: a true global village" (181). Also in the final chapter, while on a ferry, Elle observes tourists standing on the deck of the boat, and notes: "We all know the poses. We learned them from watching the Titanic" (185). Consistently and throughout Quiet As They Come, Chau pays attention to the ways that media forms interpenetrate and interpellate her characters, actually forming social relations.

In tracking how her characters drift into mainstream American culture, Angie Chau has written a book that confluences elegantly with the currents of contemporary U.S. fiction. The book is both an endearing account of a becoming-American family's survival, and a nuanced report on the deracination and integration of Vietnamese individuals in a new place, namely the San Francisco bay area—with all the personal connections, emotional fragmentations, pop culture explosions, and social fissures that occur along the way.

(Page numbers cited here are from the advance reading copy.)
Posted by Christopher Schaberg at 10:27 AM 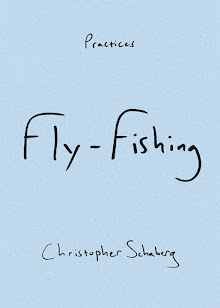 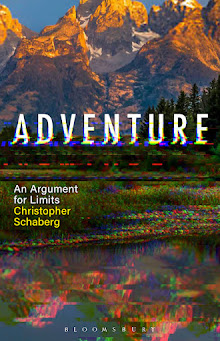 in times of exhaustion 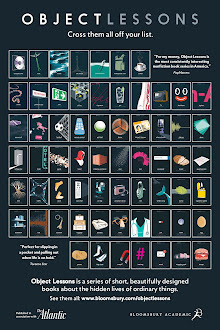 Forerunners conversation with Margret Grebowicz on dogs and planes
Teaching in Higher Ed podcast on Pedagogy of the Depressed
Air Travel, Climate Change, and Don't Look Up
Advice to Writers
In the Weeds: Using Wilderness to Sell Cars
Night White Skies: Searching for the Anthropocene
Bloomsbury podcast on the anthropocene (+ bonus episode on the pandemic)
Inside Higher Ed: The Work of Literature in an Age of Post-Truth
To the best of our knowledge
Night White Skies: Worlds World Worlds
Terrain.org
Room 220