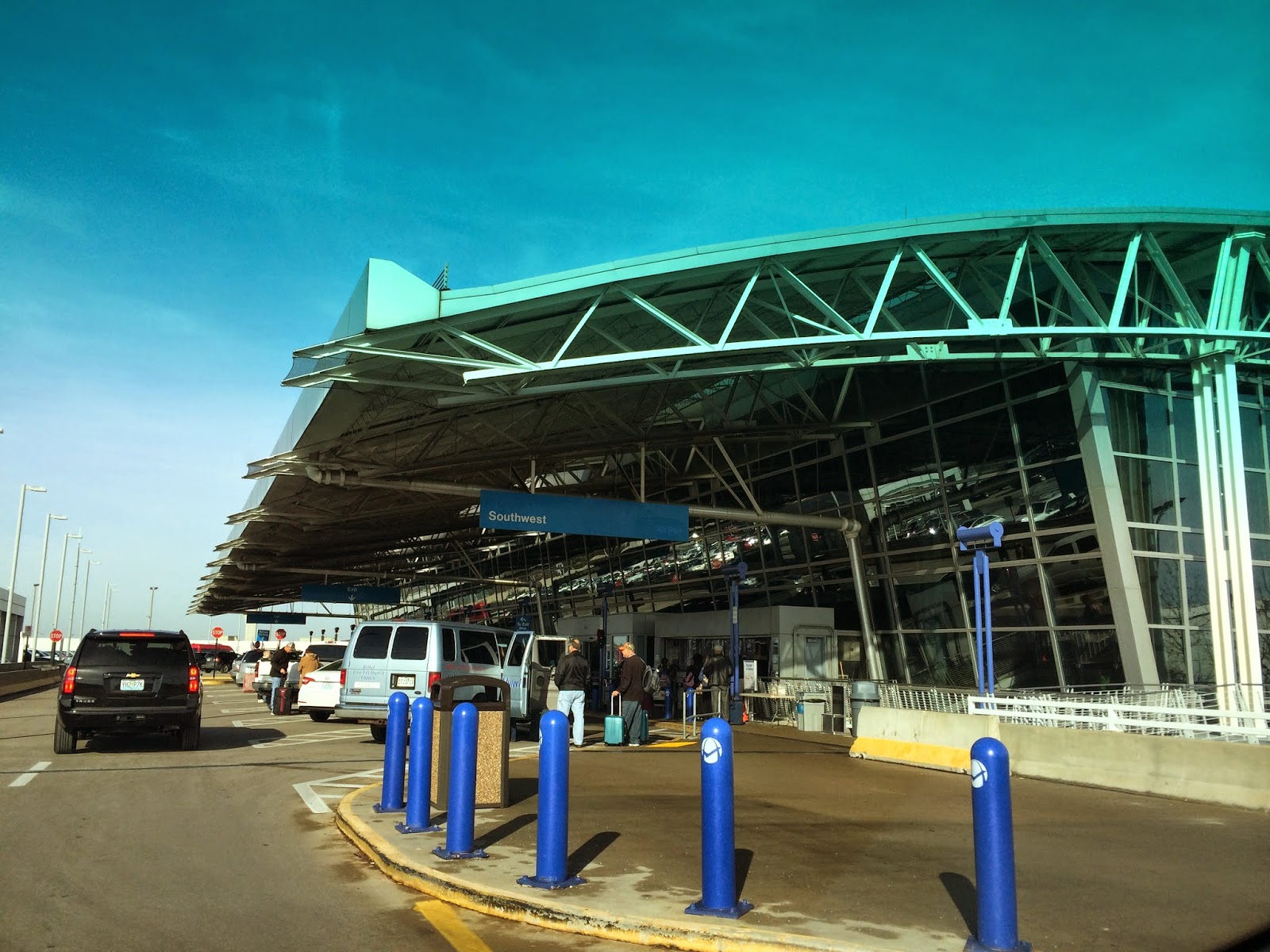 The Southwest terminal (Terminal 2), separate from but adjacent to the main Lambert-St. Louis airport terminal (Terminal 1), is spare: it is severe and efficient. It provides a rarified airport experience, with no frills or festoons, save perhaps the red vintage airplane suspended in one corner, awkwardly poised above an area apparently converted after the fact into a release-valve security checkpoint. (They open this checkpoint when the main checkpoint line gets clogged.)

The gate area is minimalist—not in an ultra-modern way, but simply pared down to the bare necessities. Still, it has frayed ends. For instance, plastic wrapping balloons from the ceiling every fifteen or so feet, evidence of some interior ductwork or insulation project that seems to have been left incomplete. 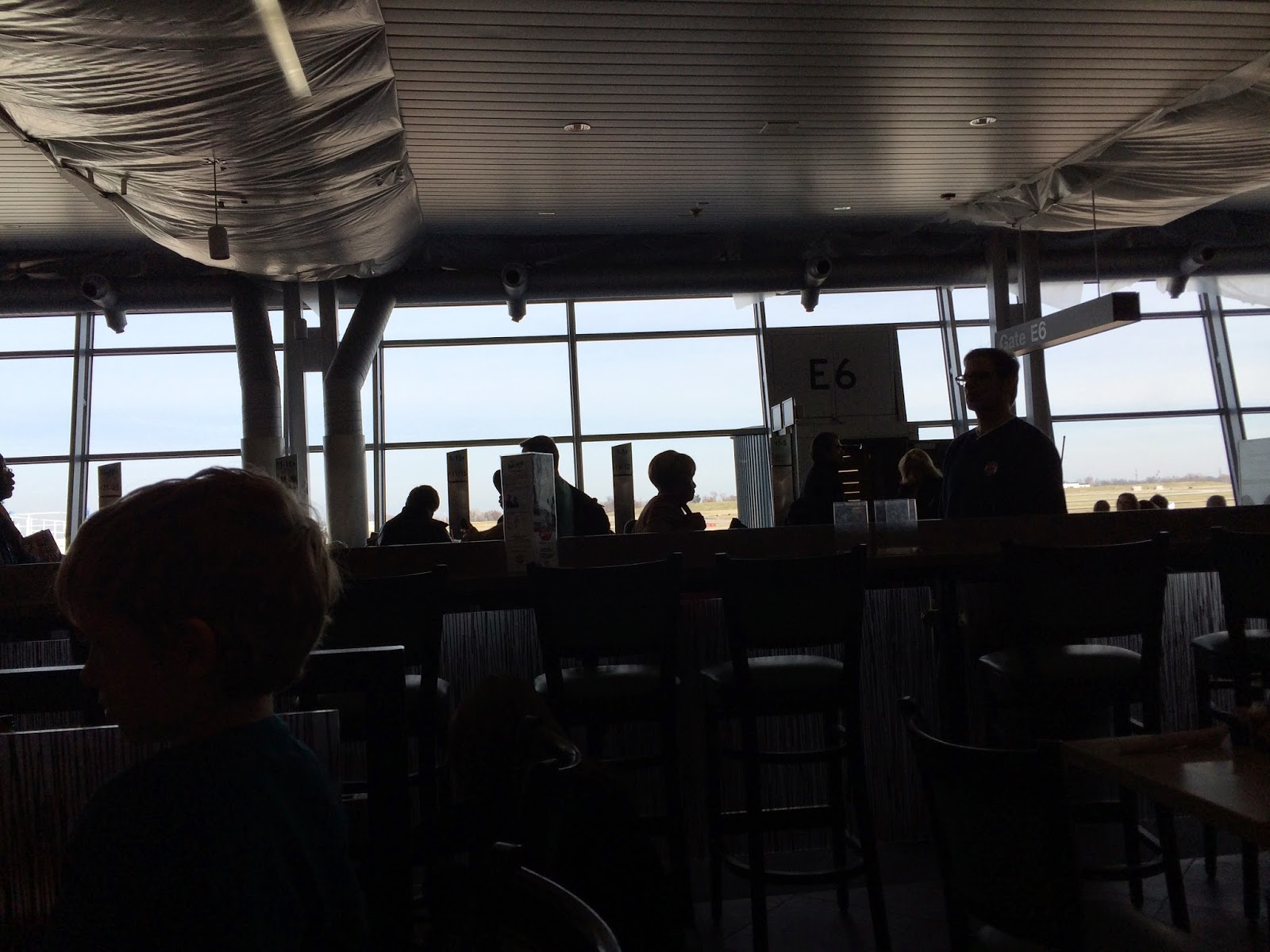 Tucked into one wall, between a vending machine and a family restroom, there stood for some time a defunct single computer kiosk advertising free INTERNET. The screen was dark, its electrical cord severed. Still, it stood there for a while—a minor monolith, a disengaged paean to our new century of information-on-demand and democratic flight. 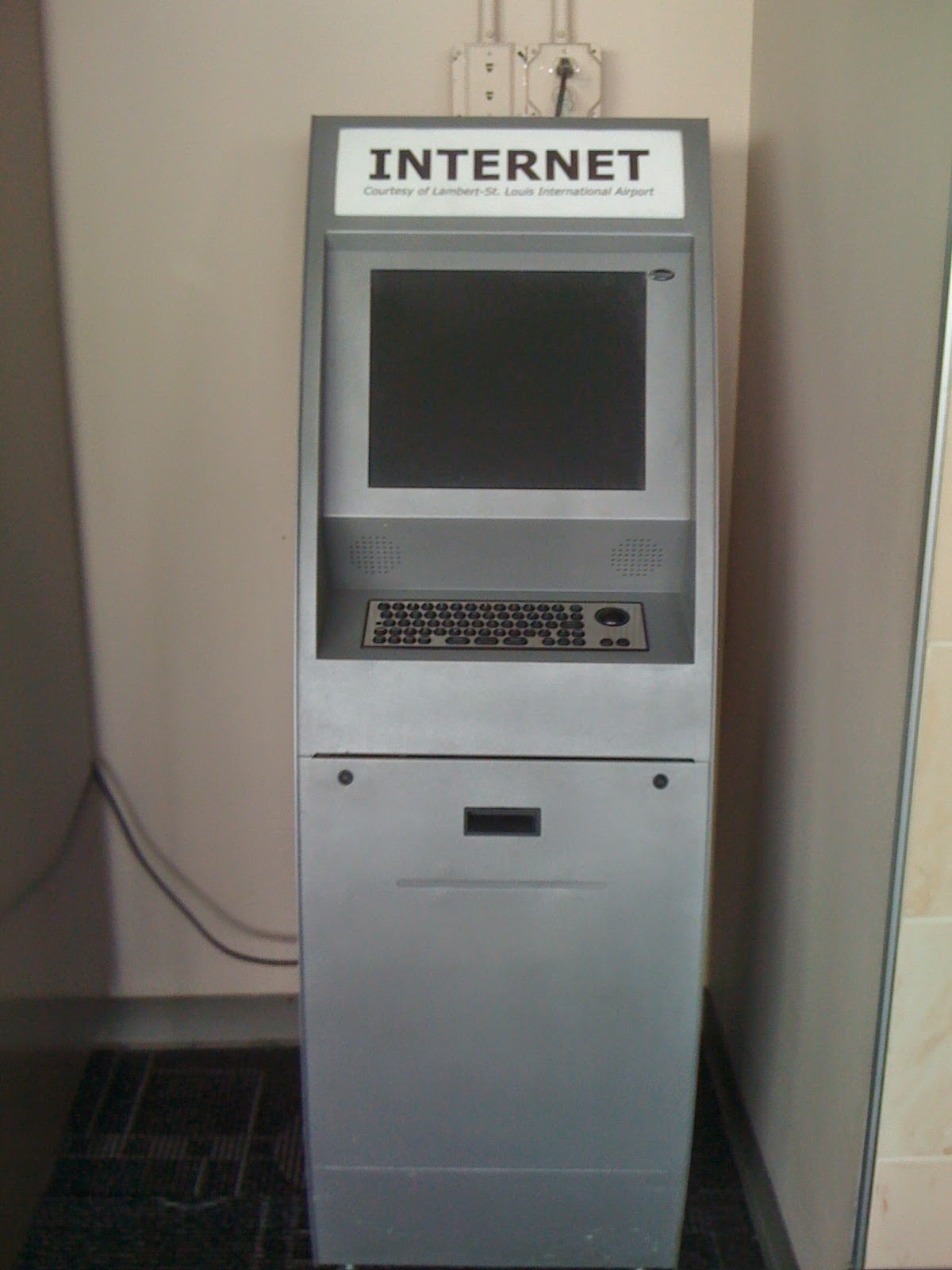 Posted by Christopher Schaberg at 10:02 AM