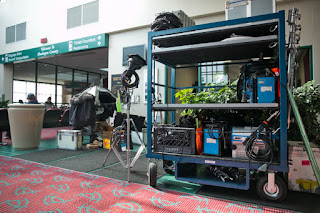 I wrote about the film The End of the Tour for 3:AM Magazine.

I can't tell if the current hype around David Foster Wallace—spurred on by the film and countless reviews and paratextual essays—is a watershed moment, or the end of something.

"The End of Something" is a weird little breakup story by Hemingway that takes place in northern Michigan. As I work on my new book about Michigan, I keep bumping into Hemingway's descriptions of the region, and I'm trying to use this proximity in unexpected ways.

The End of Airports is at the press! I'm eager to hold this book, as it really does feel like the end of an era, the end of my writing about airports (okay, probably not). 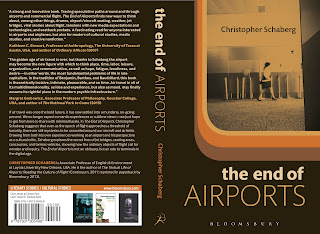 Meanwhile, the next six Object Lessons books are about to be published!

I'm very happy with how this particular batch of books turned out, and also excited to teach a class at Loyola this coming semester that considers the intellectual background of the series as well as some of the books themselves. We'll start with Jane Bennett's Vibrant Matter and Ian Bogost's Alien Phenomenology, and go from there...


Posted by Christopher Schaberg at 3:55 AM