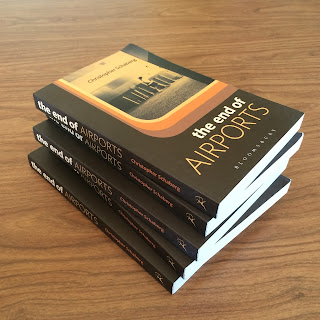 Writing: sometimes it works, especially when others are involved

Part of my job is to write. It's a weird part of the job because it's rather incalculable and very unpredictable—when it will happen, how it will turn out, whether it will end up in the dustbin of oblivion or be published somewhere (and then read or not, appreciated or spurned).

One of my students asked me the other day how I get from 'idea' to 'thing' when it comes to writing. Part of my answer involved collaboration: I would never get things done (much less started) without nudges, feedback, pushes, and pulls from the friends I've made and colleagues I've been lucky to have over the years. That's how the Brad Pitt book got written, and that's how Object Lessons was launched.

More recently, my great friend and colleague Mark Yakich and I co-wrote a short piece called "How Should a Professor Be?" This started off as a kind of tongue-in-cheek thought experiment, but as we wrote we gradually realized we had something to say that might actually be useful—for our own self-clarification, if nothing else. We were happy when an editor at Inside Higher Ed liked it and offered to publish it. (Lest we forget the key collaborations that happen between editors and writers....) Mark and I are also in the finishing stages of our edited collection of airplane reading nonfiction, which will be published sometime this coming spring.

Also recently, I wrote an essay about liberal arts education for Public Books that was prompted by conversations I've been having with my dean and a few colleagues about the mission of our college—I wouldn't have written it without having had multiple discussions over lunch about what we're doing here at Loyola, and why. And I wouldn't have sent it to Public Books without the encouragement from my editor there to send him another piece, after my essay about "critical thinking" garnered some interest over the summer.

Meanwhile, I'm currently working on a new piece of writing, with pokes and prods from my mate Ian Bogost, as savvy a line-editor as they come.

A somewhat tepid review of my new book The End of Airports was published by Publishers Weekly, but I am fortunate enough to have a supremely kind and astute editor at Bloomsbury, Haaris Naqvi, who talked me through what this meant and why not to worry. Then a few hours later the actual books arrived in the mail, and I'm staring at them, and they're beautiful, and I'm feeling like it works, thanks to lots of other people, sometimes, it all works, this wild thing called writing.
Posted by Christopher Schaberg at 1:07 PM