I was recently forwarded an email with a PowerPoint presentation designed to lambaste big government spending by showing how much space a trillion dollars would take up. The presentation ends with a satirical trillion dollar bill on which President Obama's visage appears, and it reads "The United Socialist States of America."

But can such a presentation actually function as political commentary? I don't think so—at least not precisely. First off, this jab at Obama reminded me all too well of the 9-11 bill that ridiculed President Bush and pronounced ONE DECEPTION in place of ONE DOLLAR.

A quick Google image search yields dozens of such sardonic monetary notes from a range of historical moments and national registers. It would appear, then, that this is something of a trope: the use of currency to call into question the acts of certain political figures. But what does this trope suggest about the (perhaps misplaced) belief in the truth value of currency? Do we really believe everything we see on a 'real' dollar bill? Is this 'everything' even knowable, or must it remain partially cryptic—or at least infinitesimally semiotic—in order to preserve the metaphysical qualities of exchange? We know that the value of money is hardly stable, and that the 'truth' of money is a social product, made and remade everyday. So why call on the figure of money as an oracle?

To use currency as a template for divining any final truth exposes a misconception: money always lies in the sense that it abstracts value—the reason that it works is because we agree not to dwell on the abstractions in question. What does the dollar value on my paycheck really, finally, reflect about my actual work? Nothing very specific or unique to me. It is curious how something as fundamentally bland as money can become so tied up with the alleged sanctity of the 'individual' in certain political camps. What are people standing for when they invoke the rights of individuals to control their own money? Individuals, or money itself? What do we expect from money? In a way these are simple questions, I know—but these questions also hinge on complex psycho-social relations. (I guess this is properly called economics.)

Tom McCarthy's recent novel Remainder hinges on money, too. In the opening pages, the narrator is awarded a large settlement after an undisclosed accident; he envisions the amount as such: "...I thought about the sum: eight and a half million. I pictured it in my mind, its shape" (8). The figure of money permeates the novel, and ends up somewhat spoiling the mise-en-abyme conceit of the narrative. In short, money ruins this novel by becoming an increasingly plentiful and correspondingly uninteresting plot motivator. It would seem that McCarthy's contemporary novel and the Obama trillion dollar bill have this in common: a staggering amount of currency inspires only to snuff out the possibility of making any clear critical point.

Tangentially related, and perhaps even more intriguing to me than the money, however, was the medium contained in the email forward. (Email forwarding is itself a peculiar media form to consider where individuality would seem to be at stake, but that's another matter.) The presentation arrived as a PowerPoint, a program that, like most others, presupposes faith in a social system that is working. Thus, against the glib apocalypticism in the trillion dollar bill presentation, the medium is supposed to stand strong and true. PowerPoint is a new media form that must be 'fleshed out', as we say—and I mean this quite literally. What do people actually do with (or get from) PowerPoint? How do audiences respond bodily to these presentations? How do people take in slides that transmogrify before their eyes? How do words work (or fail to work) in this space? David Byrne raises such questions implicitly in his Envisioning Emotional Epistemological Information, art pieces that utilize PowerPoint to show how medium and message are inescapably intertwined: 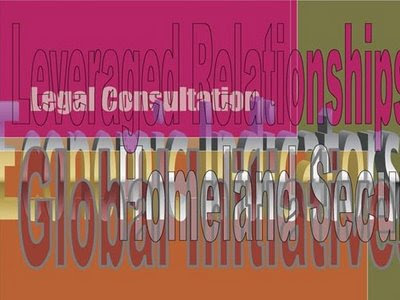 As Byrne's artwork suggests, have a lot of hard thinking to do before we can assume that ubiquitous software can be politically explicit.
Posted by Christopher Schaberg at 4:24 AM