Driving the long haul across southern Texas today I was reminded of the Coen brothers' excellent adaptation of Cormac McCarthy's equally excellent novel No Country For Old Men. In a way, this film is as much about driving around Texas as it is about drug money or an unstoppable killer. The Coen brothers captured these driving scenes with a "perceptual acuity" (ala Elaine Scarry) that makes the film both ominous and ordinary. As I drove along today I kept finding myself thinking about these less dramatic yet integral moments of the film, and I snapped some images of these vistas with the handy camera phone: 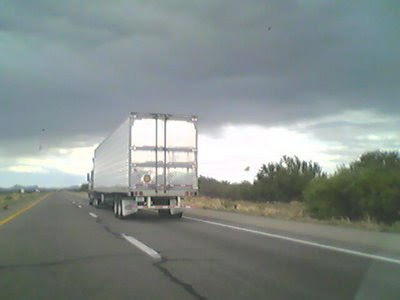 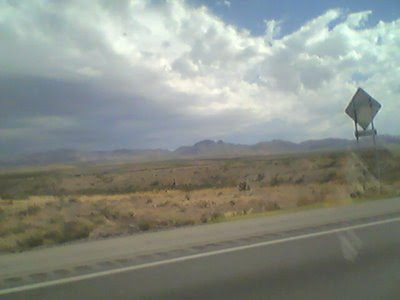 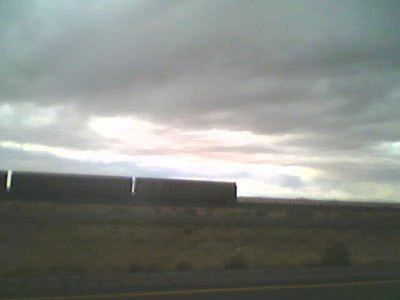 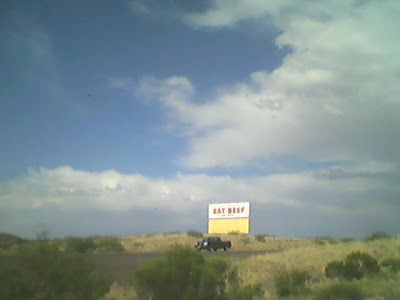 One might read McCarthy's novel as an updated version of his earlier work Blood Meridian, in which a less than Romantic Western frontier network of trails and towns is simply replaced with a more contemporary geography of meandering highways offering views that make one wince while driving, endlessly driving into horizons that seem eerily the same mile after mile: progress in the making.
Posted by Christopher Schaberg at 11:53 PM