Next Project: The Brad Pitt Book 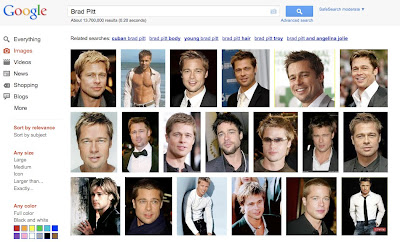 Reading David Foster Wallace's essay "David Lynch Keeps His Head" over the past few days got me thinking seriously about my next book project, which will be an interdisciplinary study of Brad Pitt. I've been thinking about this idea off and on for the past ten years, and now that I live in New Orleans I regularly pick up on a sort of ambient critical interest in the actor—both as a mythic Hollywood persona and as an actual person who does things that make a difference in the world. I've also had a series of exchanges with scholars and students that have convinced me that this is a project worth pursuing: there are a lot of facets involved, and it's no mere extension of spectation. So I think it's time. I am curious what other people are writing about Brad Pitt, and so I have put out a call for papers to see if I can cull an eclectic group of essays that cohere around the subject.
Posted by Christopher Schaberg at 8:14 AM