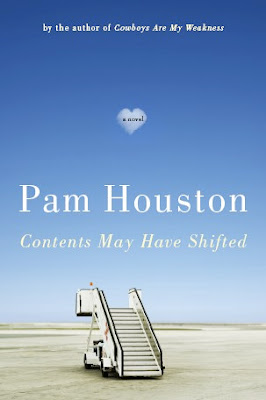 It was in late 2003 or early 2004 when I first met Pam Houston. We were on an early morning airport run from Davis, CA to the Sacramento airport.

To get from Davis to the airport, you have to hurtle across a spindly causeway that spans the swollen lowlands of the Sacramento river valley; usually you can see night herons and cranes skimming the rice fields on both sides of the elevated highway as you race past. The Sacramento airport also lies (in)conveniently within a major bird migration pathway. Last week a United aircraft experienced a bird strike shortly after takeoff, and had to return to the airport; an engine was damaged, birds most likely died, passengers were rerouted, etc. In my book The Textual Life of Airports, I explore Sacramento's unique and vexed relationship with birds (see chapter 8).

Anyway, Pam and I were being shuttled across the causeway by the eternally gracious Janie Guhin of UC Davis. Pam and I started exchanging various airport myths and airline lore, and very quickly we realized that we shared a common obsession. I told her some of my stories from working at the airport outside of Bozeman; she shared her quirky perspective on simultaneously being a frequent flier and a ranch girl ('girl' here used with full respect and critical scare-quotes).

A few years later, over lunch, Pam told me all about the novel she was working on at the time: she described how the narrative was punctuated by little inter-chapters that would take place in flight; the main character was always flying to or away from some romantic (conceived broadly) connection. I was, of course, excited about the possibilities of such a literary work.

Now that book has just been released: it's called Contents May Have Shifted. Pam wrote a beautiful and brilliant piece for me & Mark Yakich to feature at Airplane Reading; it begins in the Denver airport, and ends in the air—or really, it's a flight that takes the reader right to her novel, like a möbius strip made of words...

I feel really fortunate to have crossed paths with Pam Houston, on the way to the airport.
Posted by Christopher Schaberg at 5:42 AM