I wrote a bit about my grandparents' Frank Lloyd Wright home once before, a few years ago. Well today I was wandering around the Internet looking for something when I happened to stumble on a familiar image; I clicked and discovered a 2012 blog post about my grandparents' house. It is merely a pleasant architectural-historical review of sorts, but I was particularly pleased to see that this post mentioned my grandfather's tower, and included a picture of it: 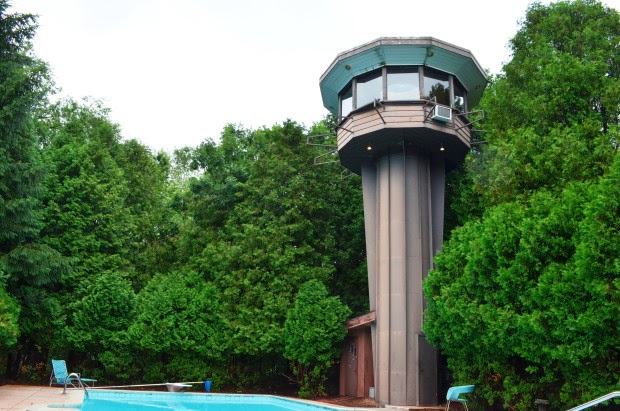 This oddity of an edifice had nothing whatsoever to do with Frank Lloyd Wright, but instead was conjured by my grandfather after he saw the Space Needle at the 1962 Seattle World's Fair. Upon returning to Michigan he had this 40-foot dodecagonal structure built next to their swimming pool, in the back of the house. The tower was where my grandfather went to think and imagine. In various coffee-table books about Frank Lloyd Wright architecture, you can see aerial photographs of my grandparents' house, and usually those pictures were taken from the tower.

The tower was also a favorite place for me, my siblings, and my cousins to play: the spiral staircase leading up to the trapdoor in the floor (a trapdoor!) always felt like it went inconceivably up and up and up, and it got darker and darker until pitch black—then you'd bump the door hatch and push it up on its hinge, and sunlight light would come pouring down the stairs. Once up there, though, there really wasn't much to do. Usually it would end in a wild race back down the stairs; whoever was last and closed the trapdoor behind them would be enveloped suddenly in blackness.

I spent several weekends in college camped out in the tower, working on papers. (My grandparents lived about an hour and a half from the small liberal arts college I went to.) I remember staring out at the surrounding woods as I worked on a paper about the role of forests in a few different Shakespeare plays. And then there was another paper about Wallace Stevens I wrote there; I actually remember reading Helen Vendler's Words Chosen out of Desire up in that tower.

Here is an older picture of the tower, taken in 1972; look at how the trees have grown:

Once my grandfather told me a story about a time he was in the tower and he looked out and saw an enormous flock of birds in the distance: one of those dense undulating masses of blackbirds or starlings. The birds were getting closer, and he realized that the vast skein was at the exact altitude of the tower; he dropped to the floor in fear that they would crash through the windows. But looking up from the floor, he watched as the innumerable birds soared around and past the tower, reassembling in tight formation on the other side. Talk about one unique way of looking at some blackbirds.

After my grandfather died, I found in a small wood box some of the cufflinks that he had made of the tower: 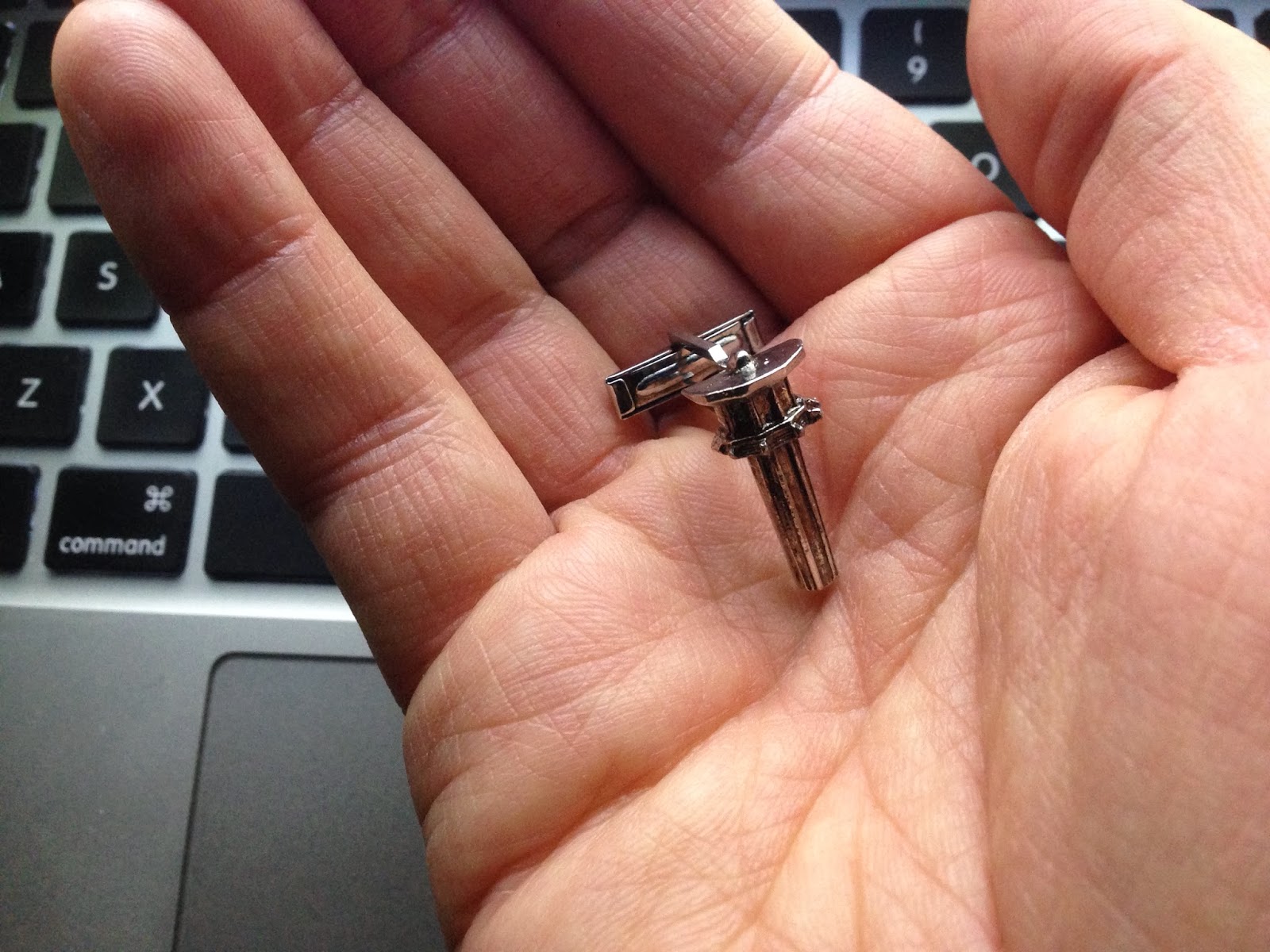 These are my favorite cufflinks to wear, even though they are a little pointy and weird. I gave a pair to Ian Bogost when I first met him, as a token of thanks for endorsing my book about airports. I had just read Alien Phenomenology, and for some reason I thought Ian would appreciate the story of my quirky grandfather, for whom it wasn't enough to have a Frank Lloyd Wright home—he needed a personal tower next to the house, and then needed to commemorate the tower with personalized cufflinks! The back of each cufflink reads:

Posted by Christopher Schaberg at 1:01 AM